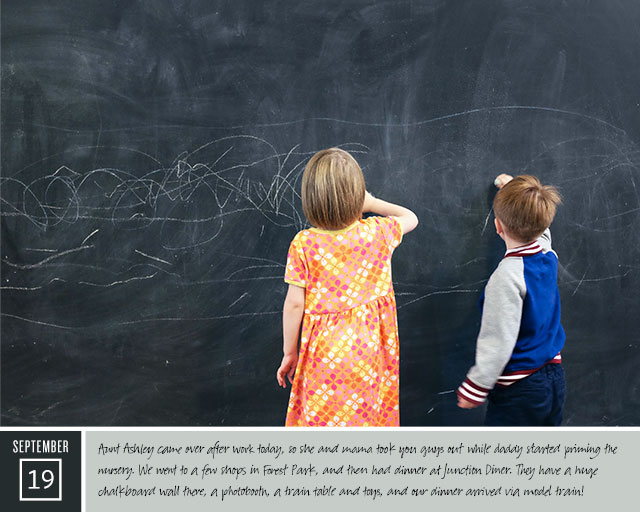 Aunt Ashley came over after work today, so she and mama took you guys out while daddy started priming the nursery. We went to a few shops in Forest Park, and then had dinner at Junction Diner. They have a huge chalkboard wall there, a photobooth, a train table and toys, and our dinner arrived via model train! 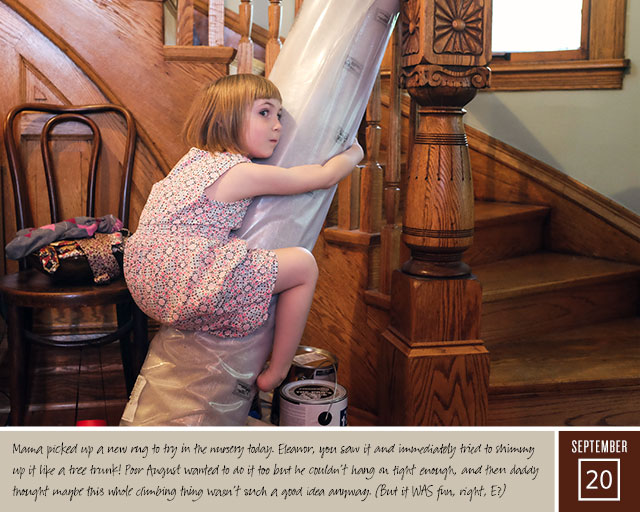 Mama picked up a new rug to try in the nursery today. Eleanor, you saw it and immediately tried to shimmy up it like a tree trunk! Poor August wanted to do it too but he couldn’t hang on tight enough, and then daddy thought maybe this whole climbing thing wasn’t such a good idea anyway. (But it WAS fun, right, E?) 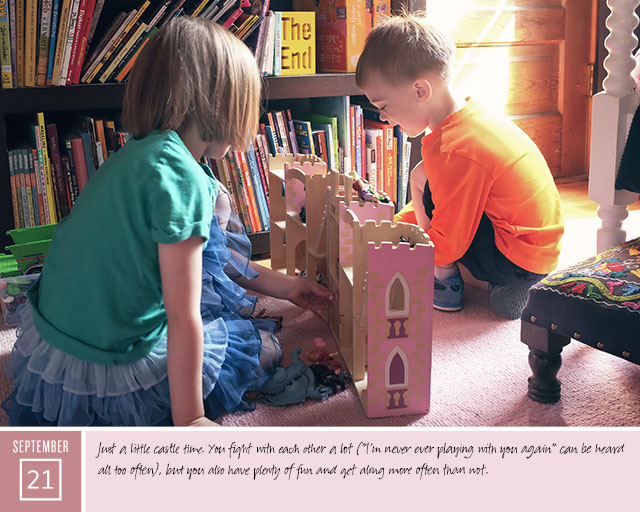 Just a little castle time. You fight with each other a lot (“I’m never ever playing with you again” can be heard all too often), but you also have plenty of fun and get along more often than not. 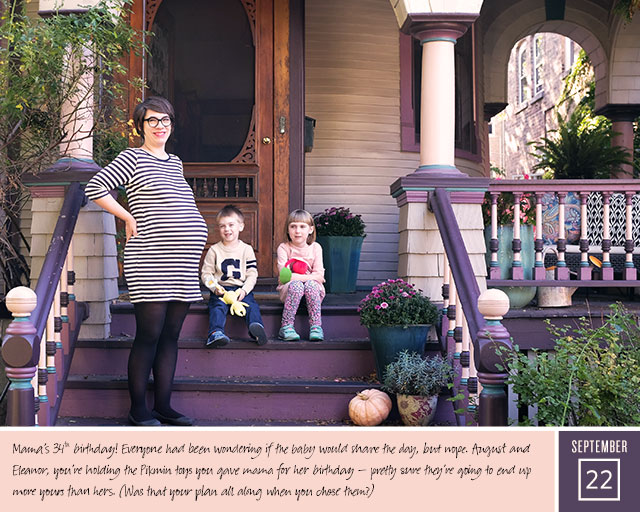 Mama’s 34th birthday! Everyone had been wondering if the baby would share the day, but nope. August and Eleanor, you’re holding the Pikmin toys you gave mama for her birthday — pretty sure they’re going to end up more yours than hers. (Was that your plan all along when you chose them?) 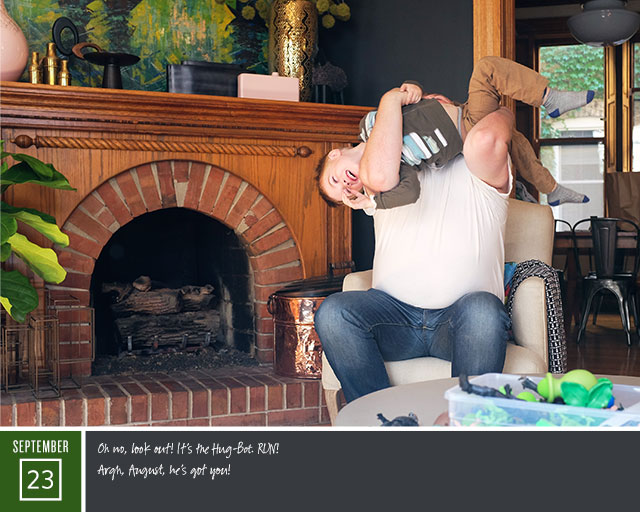 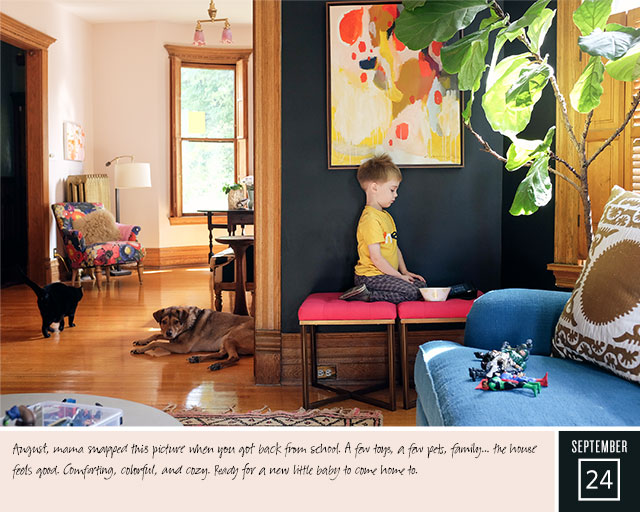 August, mama snapped this picture when you got back from school. A few toys, a few pets, family… the house feels good. Comforting, colorful, and cozy. Ready for a new little baby to come home to. 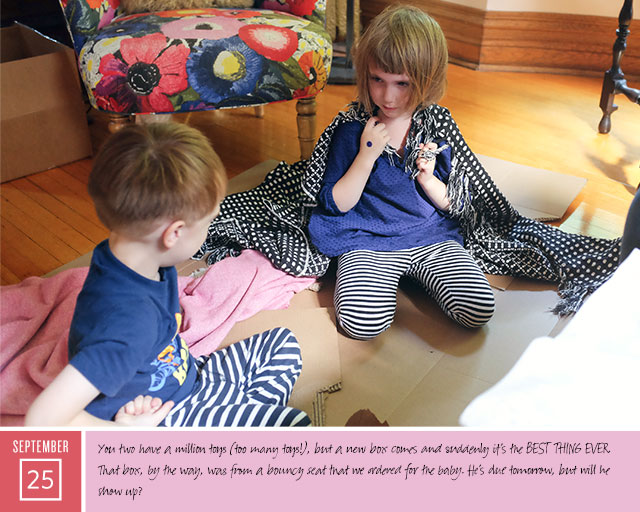 You two have a million toys (too many toys!), but a new box comes and suddenly it’s the BEST THING EVER. That box, by the way, was from a bouncy seat that we ordered for the baby. He’s due tomorrow, but will he show up? 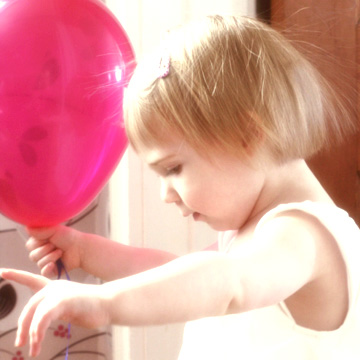 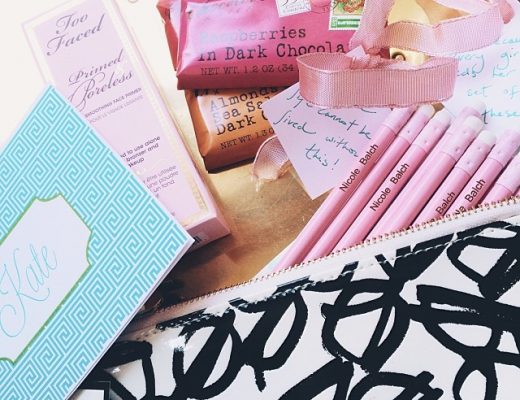