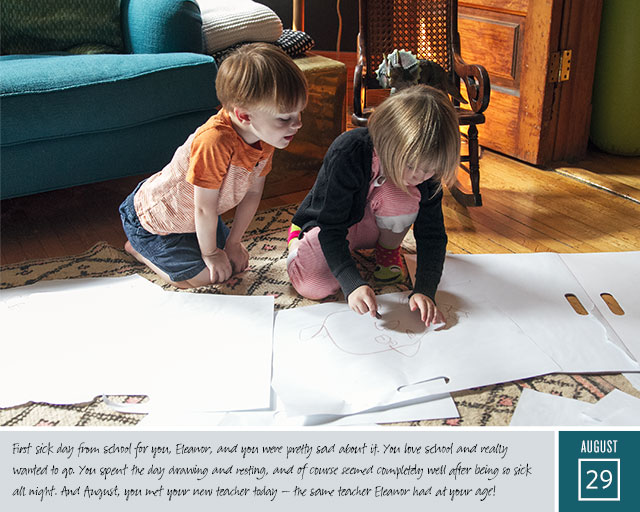 First sick day from school for you, Eleanor, and you were pretty sad about it. You love school and really wanted to go. You spent the day drawing and resting, and of course seemed completely well after being so sick all night. And August, you met your new teacher today — the same teacher Eleanor had at your age! 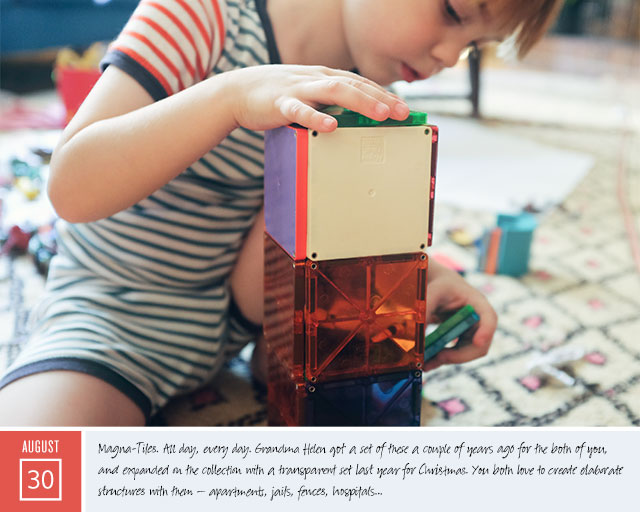 Magna-Tiles. All day, every day. Grandma Helen got a set of these a couple of years ago for the both of you, and expanded on the collection with a transparent set last year for Christmas. You both love to create elaborate structures with them — apartments, jails, fences, hospitals… 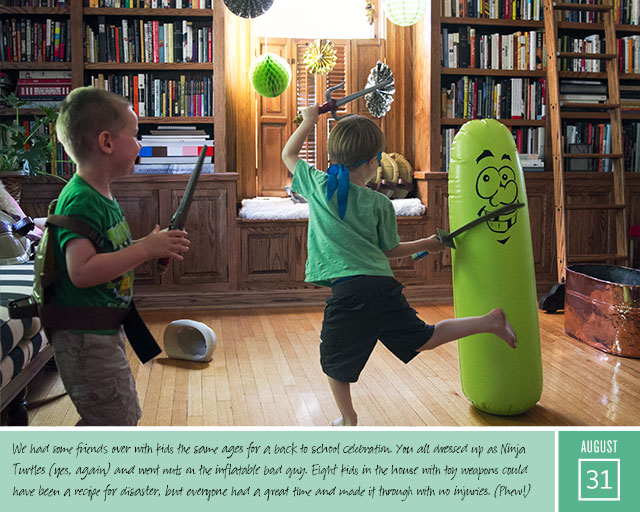 We had some friends over with kids the same ages for a back to school celebration. You all dressed up as Ninja Turtles (yes, again) and went nuts on the inflatable bad guy. Eight kids in the house with toy weapons could have been a recipe for disaster, but everyone had a great time and made it through with no injuries. (Phew!) 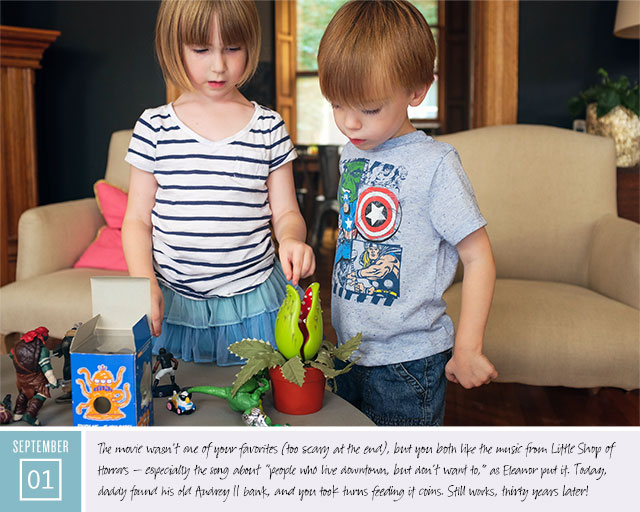 The movie wasn’t one of your favorites (too scary at the end), but you both like the music from Little Shop of Horrors — especially the song about “people who live downtown, but don’t want to,” as Eleanor put it. Today, daddy found his old Audrey II bank, and you took turns feeding it coins. Still works, thirty years later! 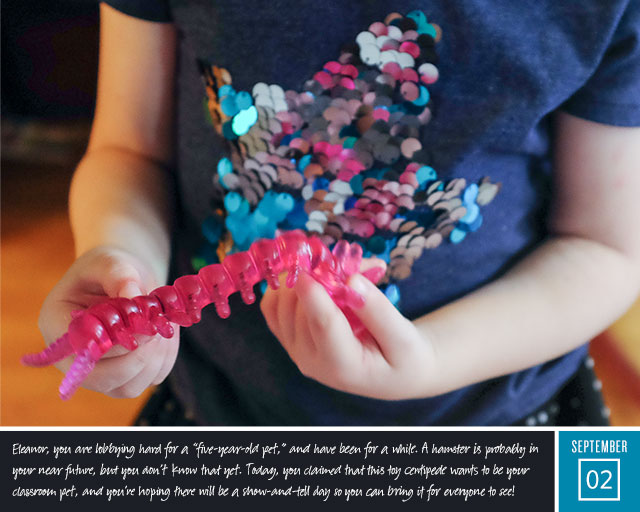 Eleanor, you are lobbying hard for a “five-year-old pet,” and have been for a while. A hamster is probably in your near future, but you don’t know that yet. Today, you claimed that this toy centipede wants to be your classroom pet, and you’re hoping there will be a show-and-tell day so you can bring it for everyone to see! 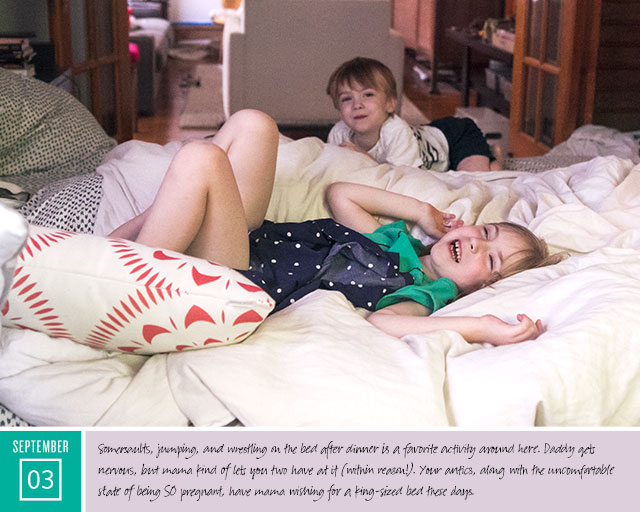 Somersaults, jumping, and wrestling on the bed after dinner is a favorite activity around here. Daddy gets nervous, but mama kind of lets you two have at it (within reason!). Your antics, along with the uncomfortable state of being SO pregnant, have mama wishing for a king-sized bed these days. 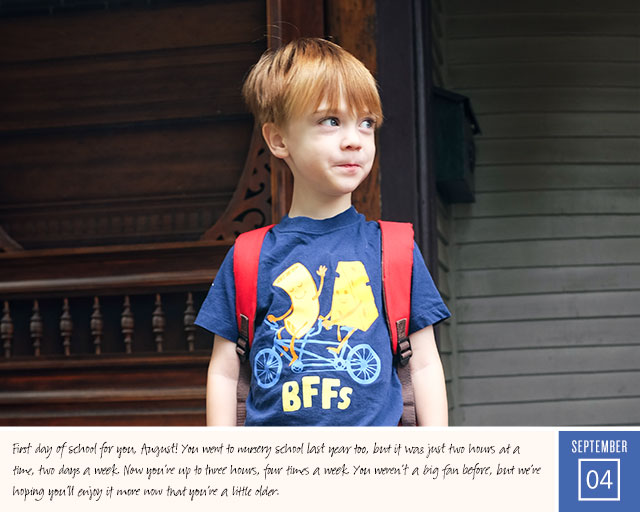 First day of school for you, August! You went to nursery school last year too, but it was just two hours at a time, two days a week. Now you’re up to three hours, four times a week. You weren’t a big fan before, but we’re hoping you’ll enjoy it more now that you’re a little older.