One Room Challenge: Week 4 (Those Stairs, That Hall)

Some things look better (the ceiling and the third floor doors), most things look worse (everything else). 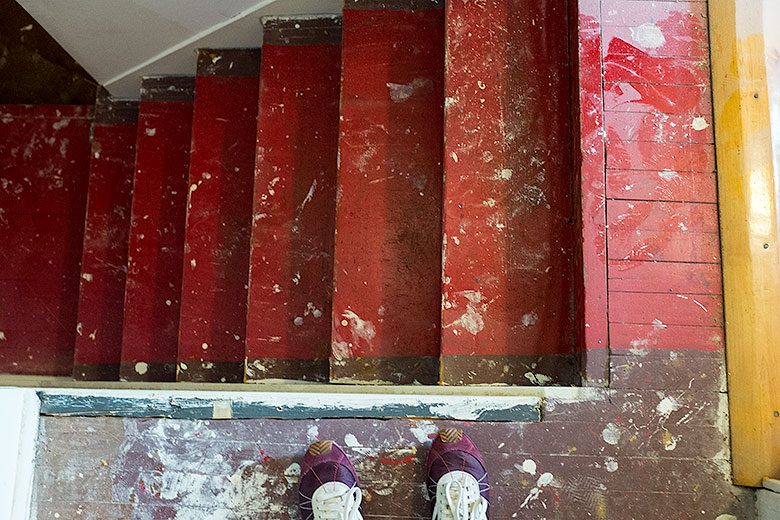 It’s gotta get worse before it gets better! It will all come together in these last two weeks. I’m so grateful to my sponsors (denoted with asterisks) for providing many of the physical goods needed for this makeover. That has allowed us to allocate our budget toward labor and hire out some of the other jobs that were either over our heads (framing and hanging the drywall that is literally over our heads) or too time-intensive to finish by the One Room Challenge deadline (skim coating the back entry and stairway, and custom binding and installing stair runners). Knowing that those jobs are being taken care of, I dedicated myself last week to repairs and properly prepping surfaces before painting, and Brandon removed a bunch of the stairs’ old carpeting.

We’re working on the front and back entryways, four flights of stairs, and two hallways, but I think the biggest impact for us will be in the second floor hall. We are remodeling this home slowly as we’re able to devote time and money to doing it properly, and the hall is probably the most visible record of that work. 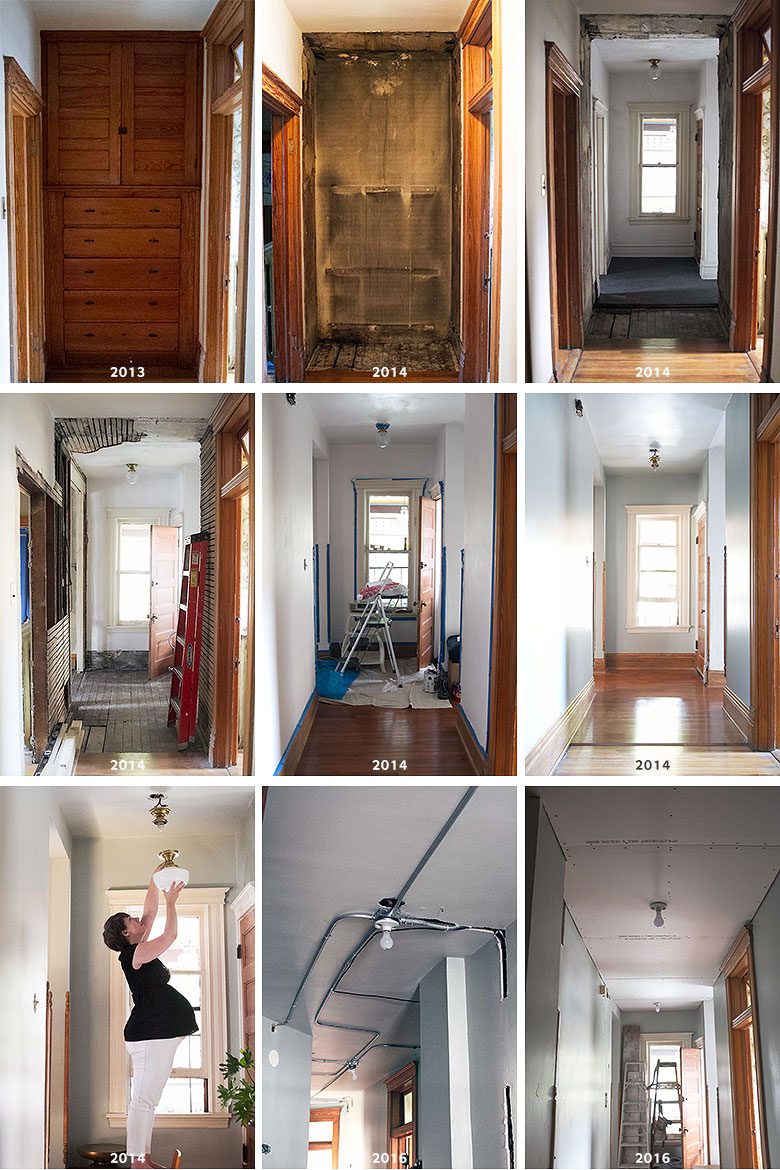 The house has been through many changes in its 125 years. The front half of the house was separated from the back when we moved in, and you had to walk through the former kitchen on the second floor to get to the back bedroom. We removed a built-in that was probably added in the 30s (which was a little sad), taking the hall back to its original layout and gaining daylight from a window that was blocked off in the process. A doorway was moved, the walls were fixed, and the former kitchen turned into a nursery. We also ripped up the damaged old flooring and replaced it with new hardwood. The hall was painted, and all was well for about two years. Then we rewired the second and third floors, and we lived with conduit pipes and plenty of holes for the past year. Now we have a ceiling again! The holes have been patched! And in the next couple of weeks? All of that wood trim is going white, the doors are getting painted black, the temporary lights will be replaced, wallpaper will be hung, the window will get a roman shade, and sconces will be installed where there were never sconces before. It’s all pretty exciting.

There isn’t much else that needs to happen in the hall as far as decorating goes. I like gallery walls in other people’s homes, but I want to let the wallpaper stand on its own here. There is a spot tucked away next to the bump-out for the chimney that will get a new dresser* for extra bathroom storage (it’s just across the hall and down a few feet). That little brass lamp* will stay with the dresser, and maybe the tray* too if I don’t use it elsewhere. Then something will go above, either art or a mirror, but I haven’t decided what yet. 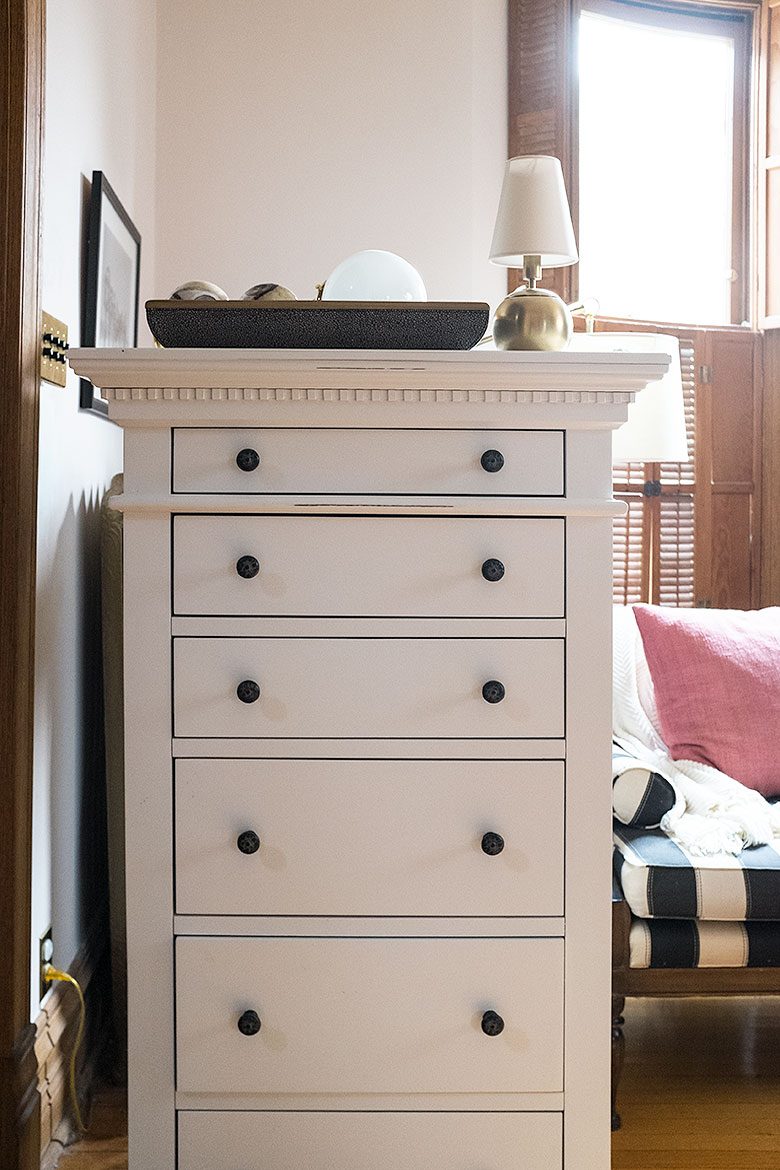 Here’s how some of the other details look together! 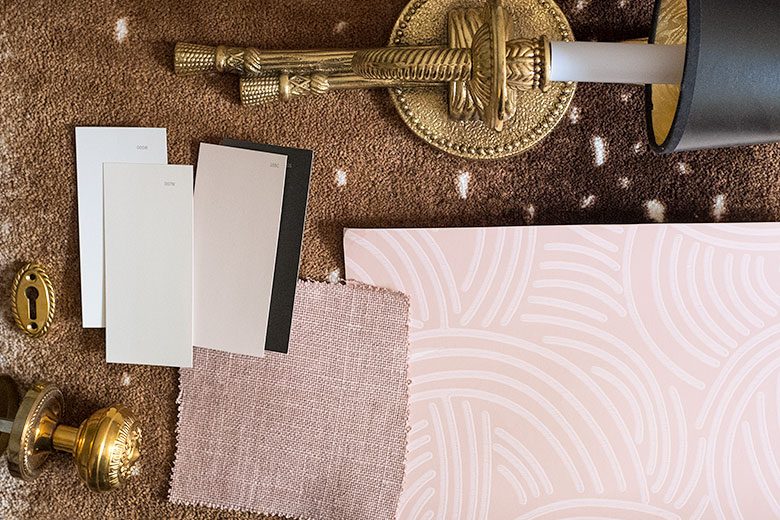 I’m so eager to get those sconces* installed. The tassels relate to the tassel sconces on the first floor, and the rope detail relates to the new hardware* on the third. The trim needs to be painted first and then the walls papered, and all of that’s waiting on the other work that’s underway.

The new stair runners are waiting on that work, too. We’re going to have them bound on-site and installed by a pro because there are a lot of twists and turns over the course of four very old flights of stairs. That carpet is on sale right now for National Karastan Month, FYI, in case you’re looking to do the same. Karastan is holding a big sweepstakes for an area rug and $1000 off, and there’s also up to a $1000 cash back coupon as part of the sale.

I have a lot of stair prep ahead of me before our installation happens! Black treads, white risers, and you know… not gross. 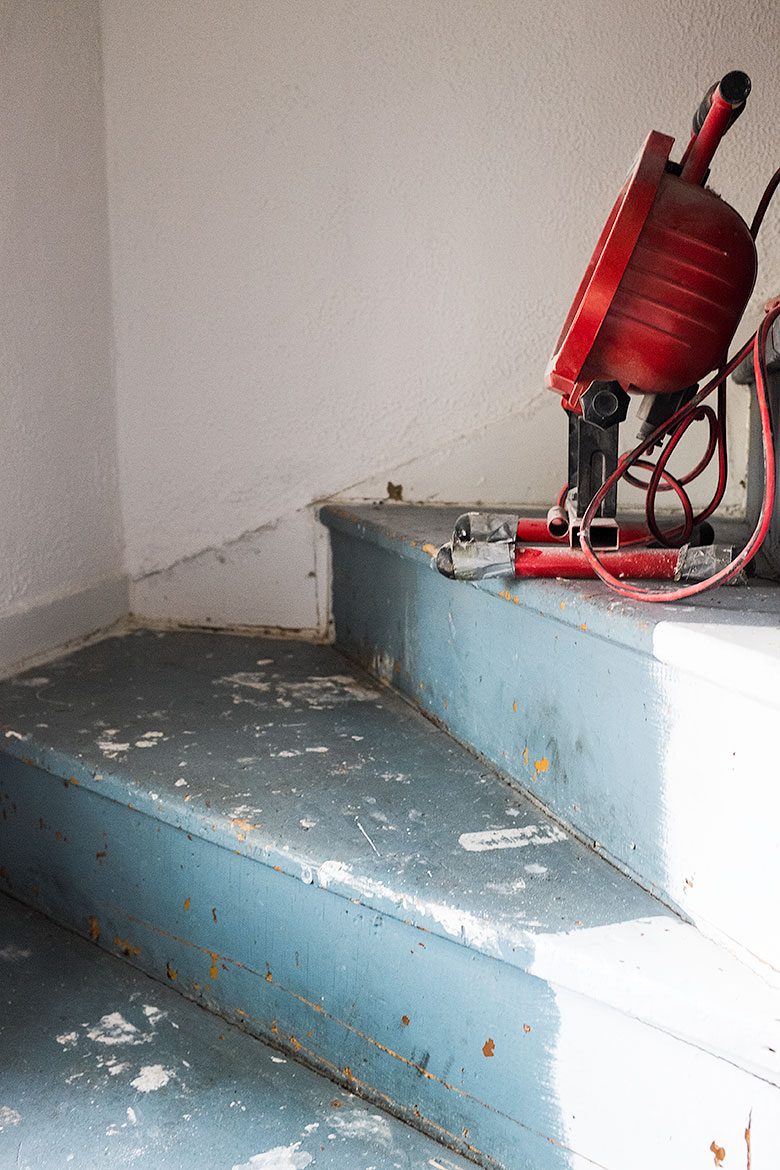 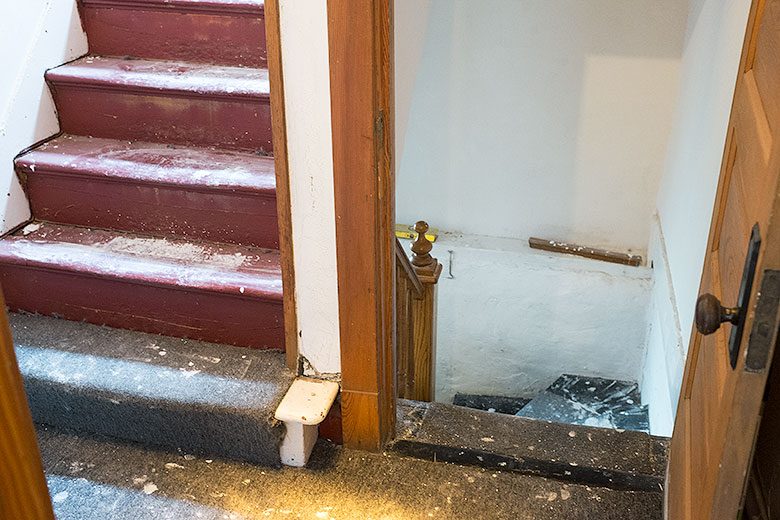 It looks so bad right now. But we’re getting closer!

* Asterisks indicate that an item was provided by a sponsor. 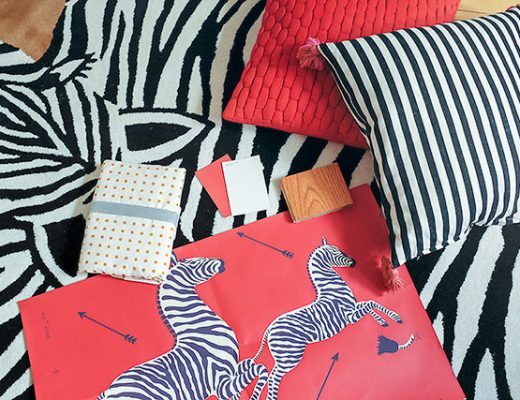 What’s Black and White and Red All Over? 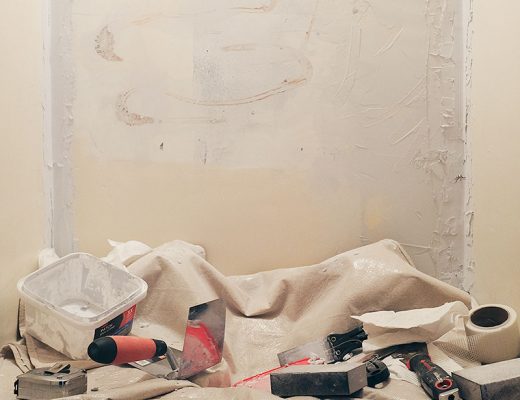 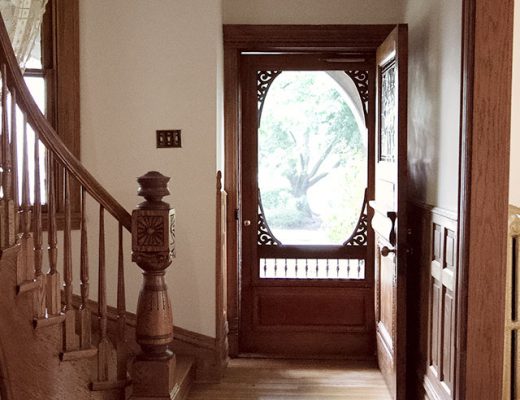 August 26, 2013
Previous Post One Room Challenge: Week 3 (Work Very Much in Progress)
Next Post Brown is Back