One Room Challenge: Week 5 (When it Rains, it Pours)

I had planned to finish — completely finish — two flights of stairs over the weekend. The old paint beneath the carpet we ripped up had passed their lead check test, so I did some light sanding on Friday and started cleaning the next morning. I washed the first three steps with Dirtex, then went to empty and refill my bucket. I poured the dirty water down the tub instead of using the sink and before I could get back to cleaning, I heard my daughter Eleanor downstairs.

“Mom!? The bathroom is flooding!”

My first thought was that one of the kids had stopped up the sink to play and left the faucet on, but nope. Water was raining down from the ceiling. The good news is that we use the third floor bathroom more like a powder room and we won’t have any more rain in the house as long as we don’t use that tub. The bad news is that we may have to rip everything apart eventually when we are ready to find and fix the leak. Good thing I lovingly hand-painted that floor, huh? I had to switch to cleaning up the mess in the bathroom instead of cleaning the stairs, but the house is fine and we were lucky that Eleanor had noticed the leak right away. I would have kept going!

Anyways, that was our Saturday. Sunday, the fire department came to our door and blocked off our street. Lights! Sirens! Action! One of our smoke detectors started going off (false alarm) and as I was talking to a representative from our security system, it went off again before I could give them my password for a dispatch cancellation. I felt awful for wasting the firefighters’ time and apologized profusely.

So our weekend was fun. How was yours? 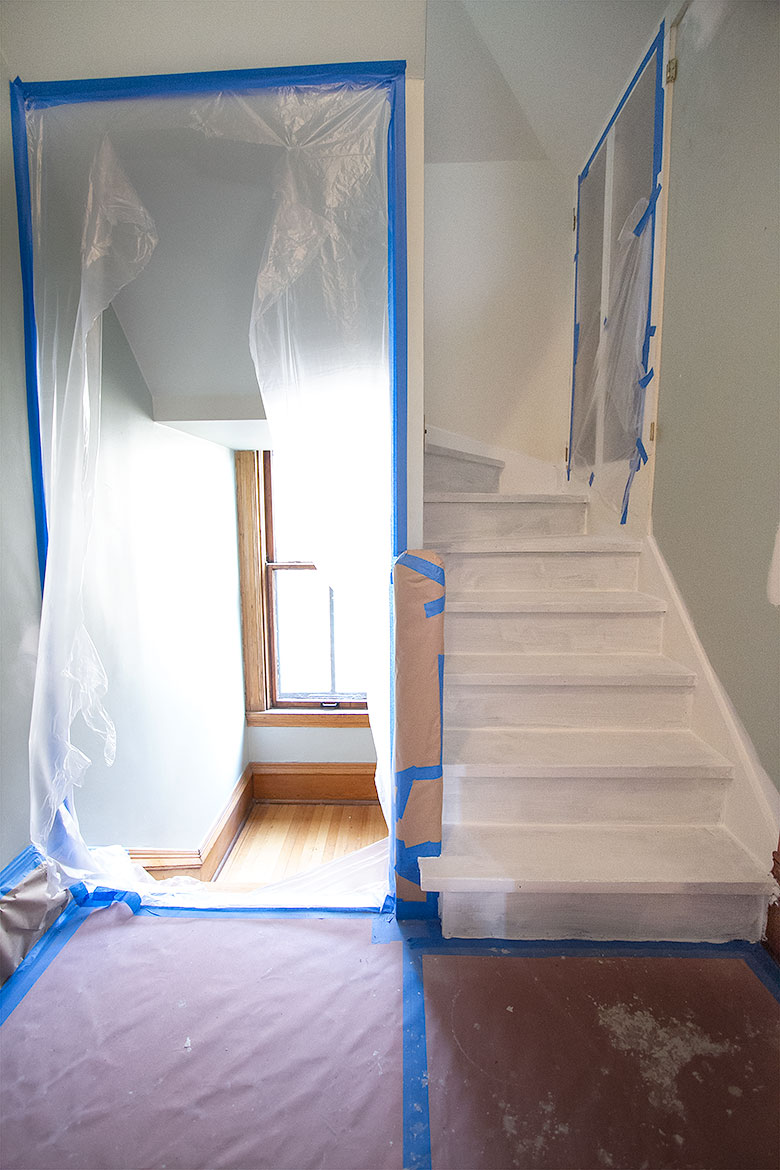 That’s as far as I had gotten on the stairs by Monday morning. As of today, they are painted and ready for the antelope runner to be installed. Hooray! That’s happening on Friday, but the other stairs won’t be done in time for the big reveal next week. Since installation had to be pushed back, we could only keep our appointment for one day this week and the rest will be done later in the month. I’m bummed, but at least I’ll have one set of stairs to show.

I suppose it’s nice to not have to rush on the others? Silver lining! Because we got all the rest of the carpeting pulled up and surprise! Everything is awful. 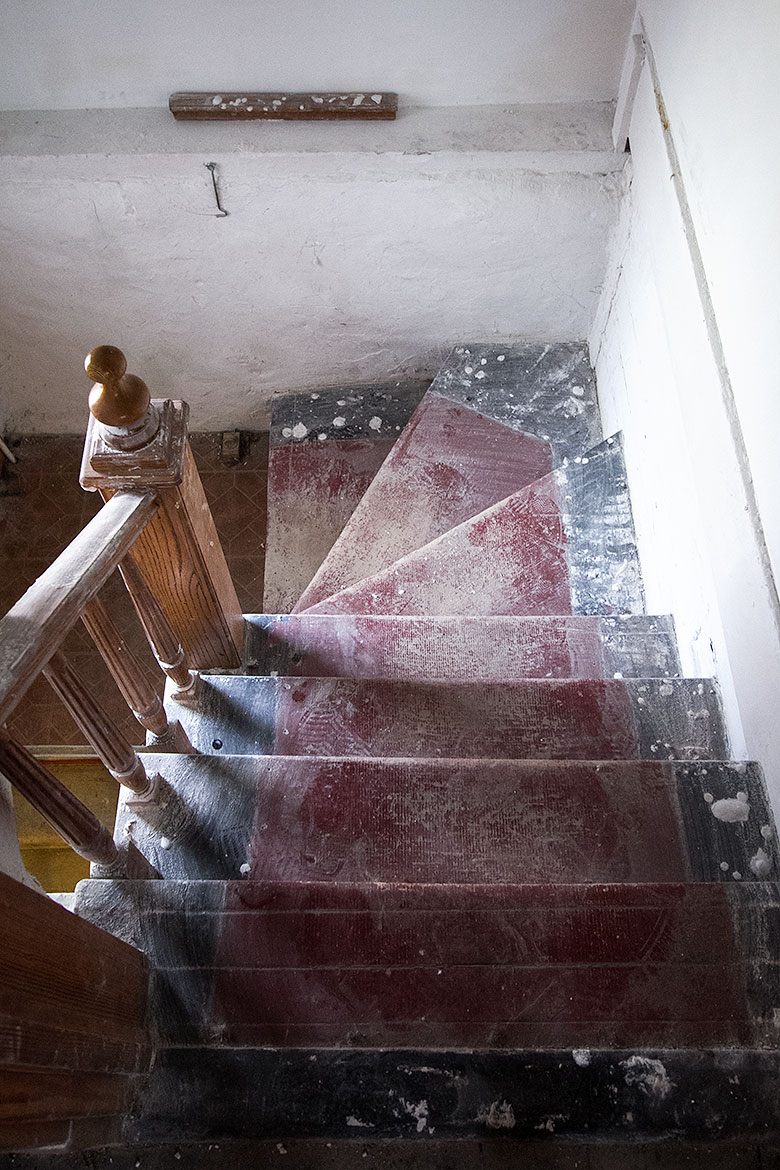 I mean, I can appreciate the red painted runner. Someone put some effort into that! But what’s not good is the condition of the floor at the top landing. Gap city. And the bottom is vinyl, but I’m thinking I could use a deglosser on it and paint like the rest. Or just go wall to wall in the landing? Both landings? Should I rip out the bad wood planks and replace them? Oh, can of worms. It’s been a little while since I opened you — how have you been? 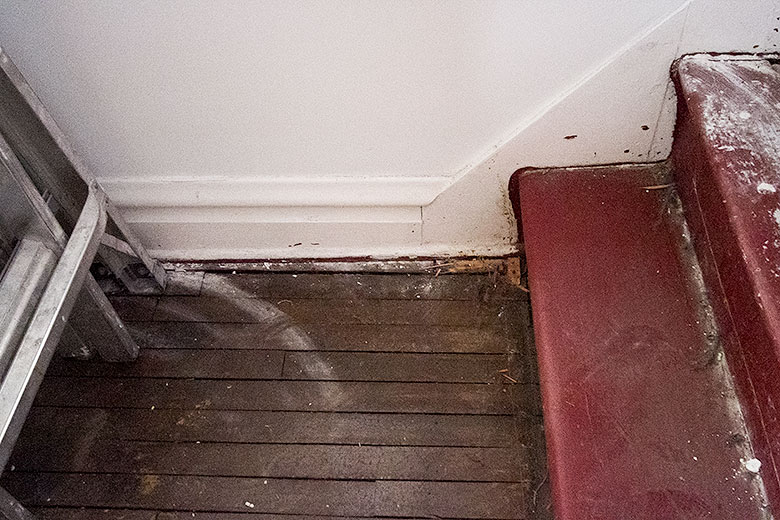 Let’s talk paint! Dutch Boy is one of my sponsors for the One Room Challenge, and their Sandstone Quarry (408-2DB) is the color I’ll be using in the front entryway. It’s a pink with a lot of muddy beige/brown to it, but I need that brown base to play off of the unpainted oak. On the walls, the paint will read as a lovely pink and it’s also a good match for the background in the wallpaper I’ll be using upstairs. That pink is sort of the star, and I built a color palette around it with Dutch Boy Paint’s Simply Yours Tool. 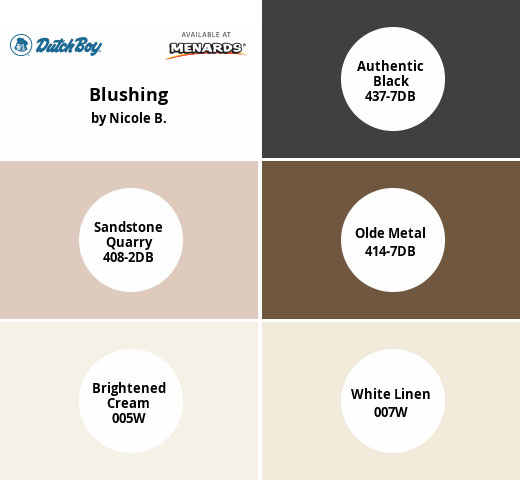 The tool allowed me to create a custom sharable color palette so I could visualize how my colors will complement each other. In addition to the pink I chose, there are two whites. The trim on the second and third floors and the stair risers will be Brightened Cream (005W) — a nice, warm white that isn’t too stark, nor too yellow. The other, White Linen (007W), will be used in the back entry and the third floor hallway. It’s still nice and light with the same warmth that Brightened Cream has, but with just enough of a difference to be noticeable. The brown in my palette (Olde Metal, 414-7DB) is just there to represent the colors of the carpet runner and woodwork, and Authentic Black (437-7DB) is for the stair treads and all of the second and third floor doors. 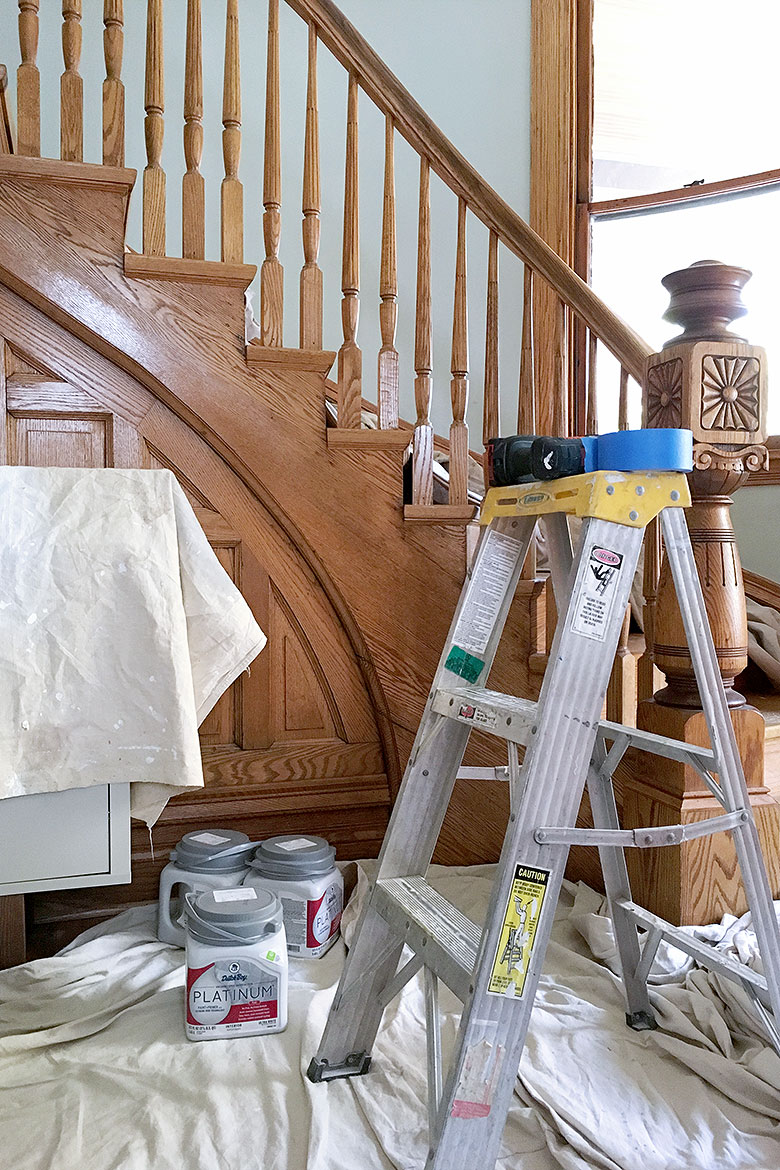 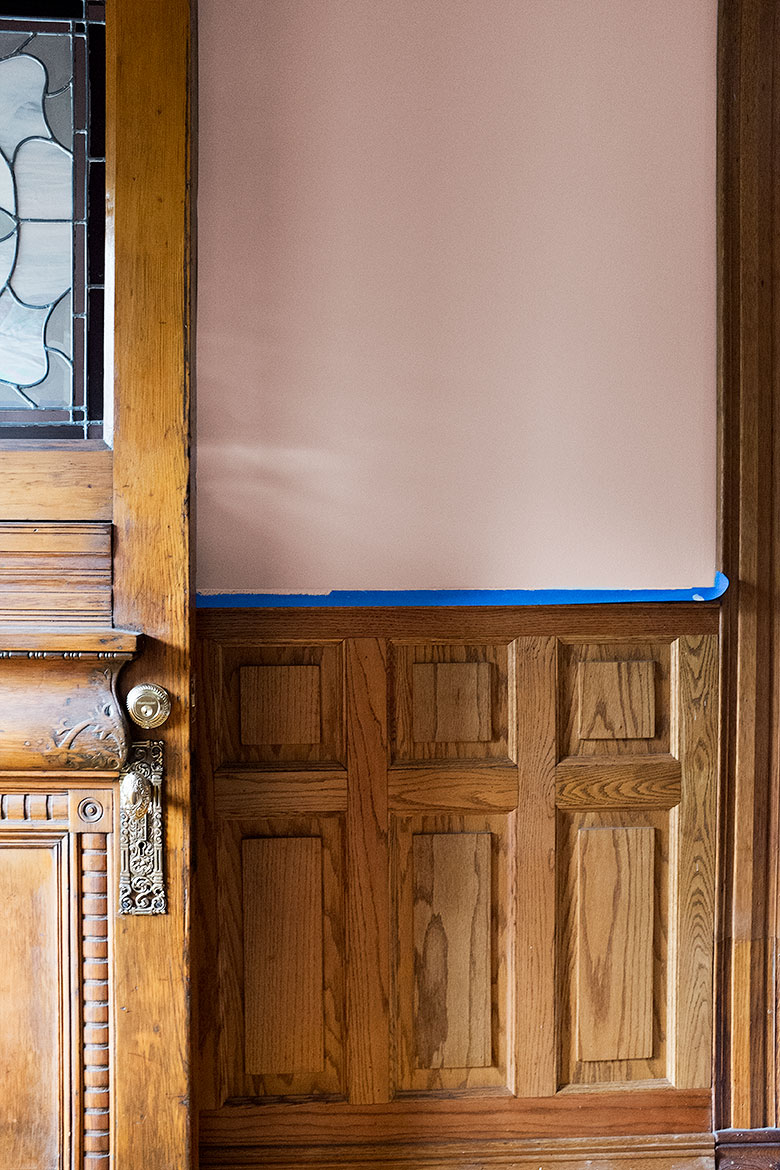 I went with Dutch Boy Platinum® Paint + Primer for the walls, which made surface prep easy. Then for the stairs, we used Dutch Boy’s Porch & Floor Paint + Primer. It’s an interior and exterior paint that holds up in high traffic areas.

The walls have been skim coated and primed from the back entry up to the second floor. The trim and doors on the second floor have also been primed. Wallpaper has not yet gone up and I didn’t hire it out because I thought I could get started by now. Whoops! It’s here though, and it will look amazing once it’s up.

Next week is the big reveal! If you need me, I’ll just be over here cleaning/sanding/caulking/prepping/painting/wallpapering. 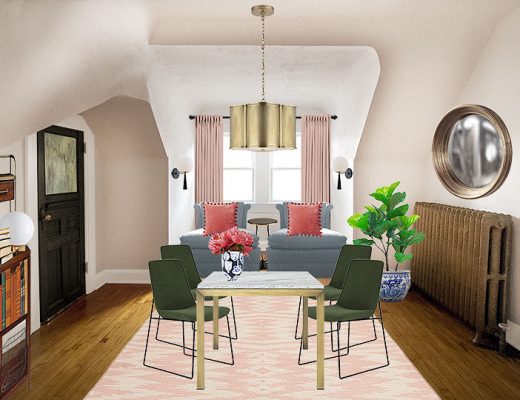 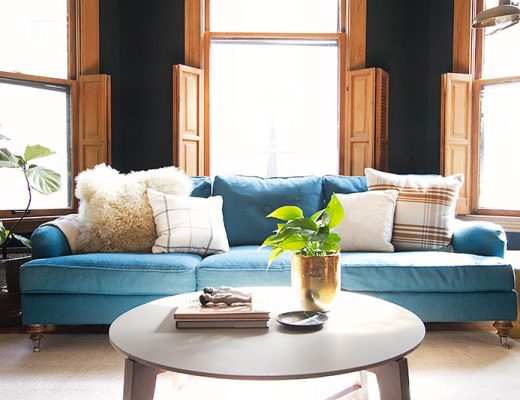 Playing Plaid by the Rules 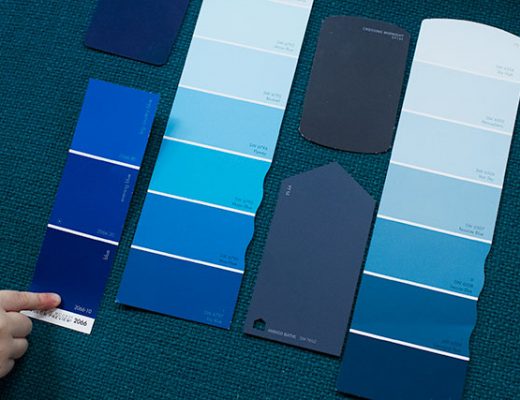