I know, I know. I never really showed the basement after I finished it. 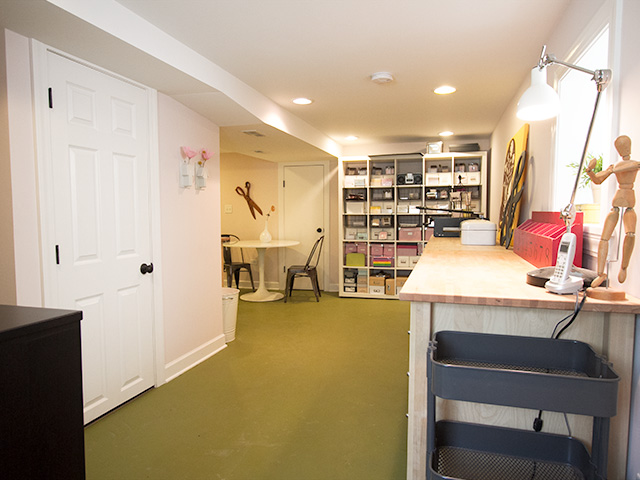 You’re already seen the laundry room and half-bathroom. The storage area has these shelves built, but since we decided (abruptly) to sell, it’s not looking so photo-ready in there. I’m assuming you’re not all that interested in it anyway though, as it really is just a bunch of storage. 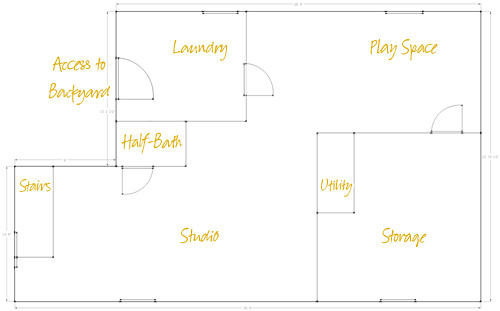 Let’s see the parts you might actually want to see, yes? Here we go.

The basement has fairly high ceilings (for Oak Park, at least). We’ve never had any issues with flooding or seepage, even before we remodeled and finished it. The problem, I suppose, and the reason you haven’t seen “after” photos until now is that it’s not really finished the way I imagined it would be. It looks fine, but it’s far less Pinterest-y than it could have been. You know what I mean. 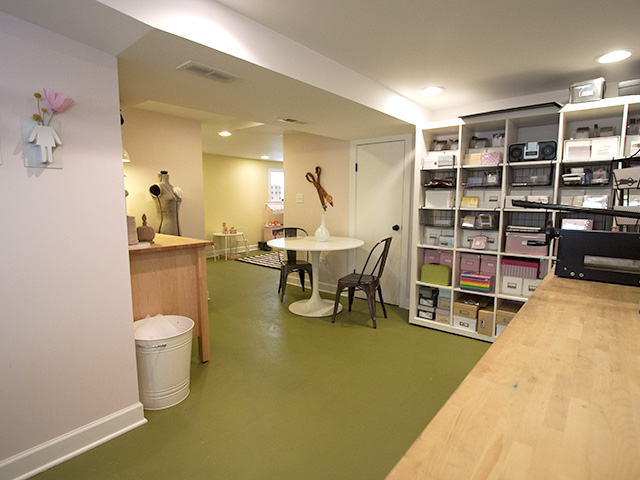 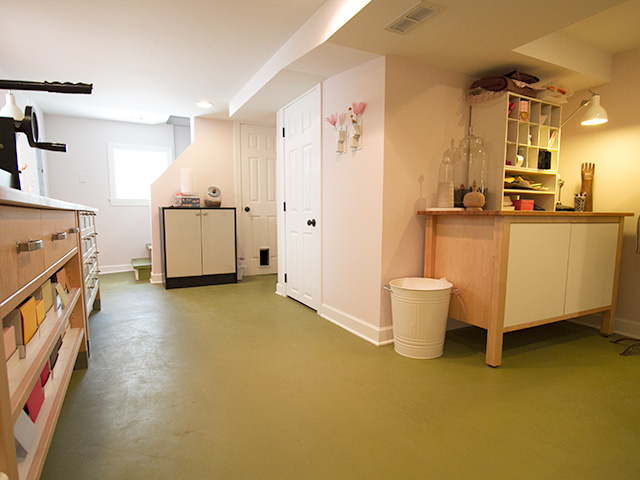 Dude. I know what you’re thinking. Where’s the bunting? The pom-pom everything? The framed Etsy prints? But don’t worry! It’s still plenty twee! 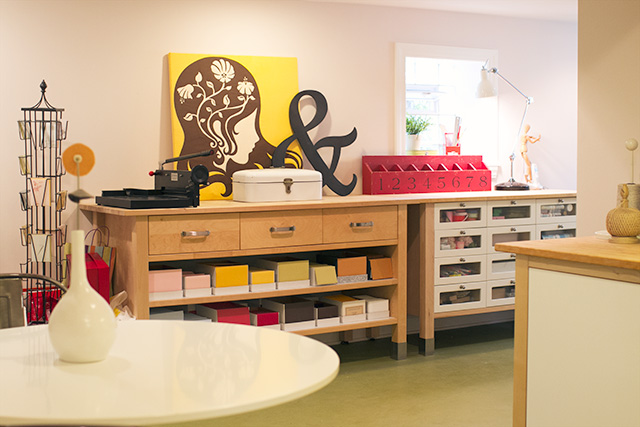 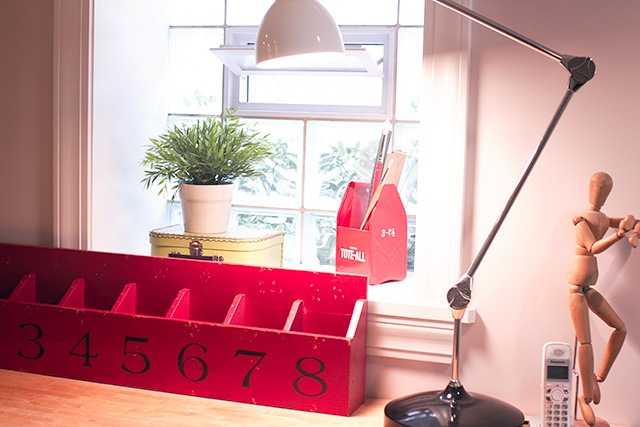 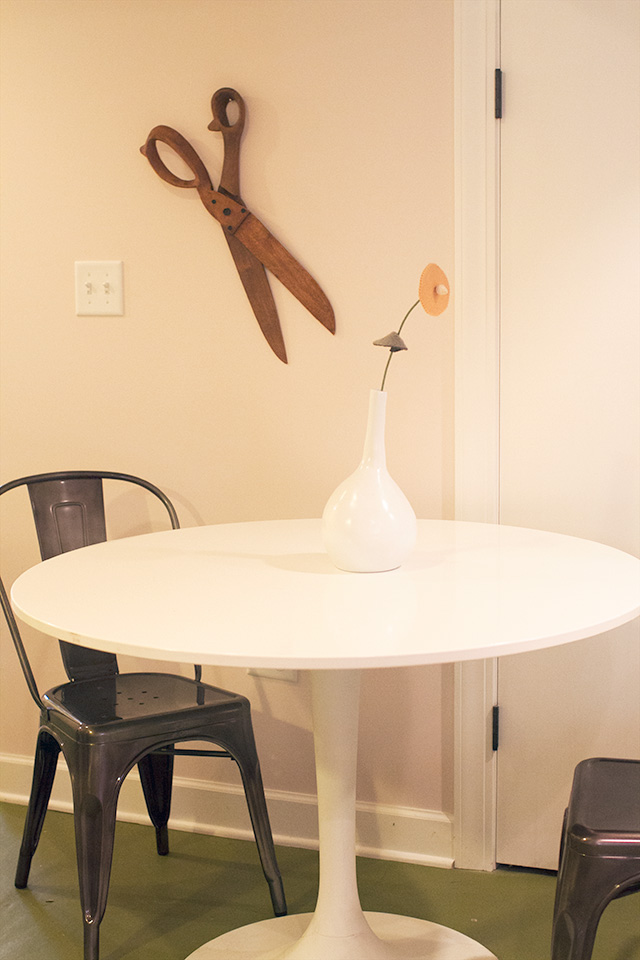 I kid, but I really was going to do a paint-by-numbers mural on the far play room wall. (Next house, perhaps, especially after seeing it in person at Camp Wandawega.) 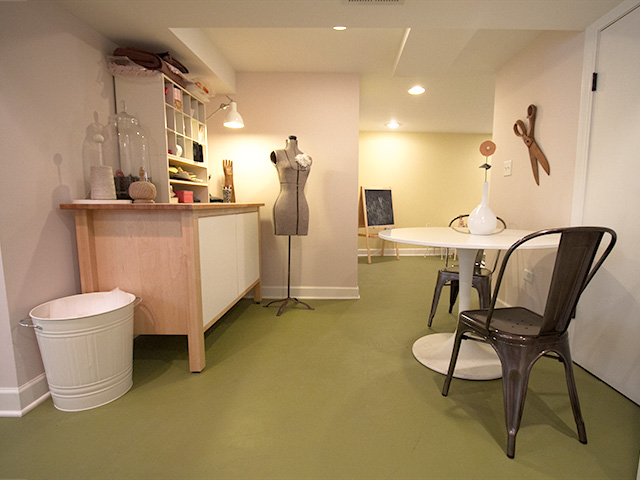 We had a problem with one cat peeing on the rugs I tried to have in the space before. I don’t know why it started, but once it happened, it just kept on happening. We had to throw the rugs out. The striped rug that’s in the play room side is the one that I bought for August’s room and so far, it is unspoiled. (I’ll tell you a secret though. We only have it out when we’re going to be playing down there. Then it gets rolled up as a precaution.) 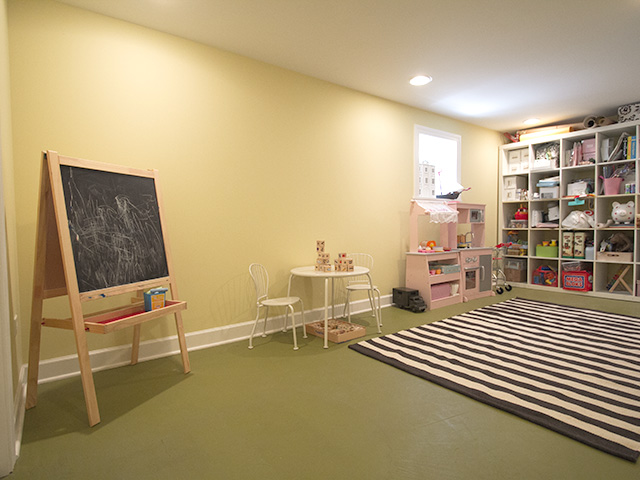 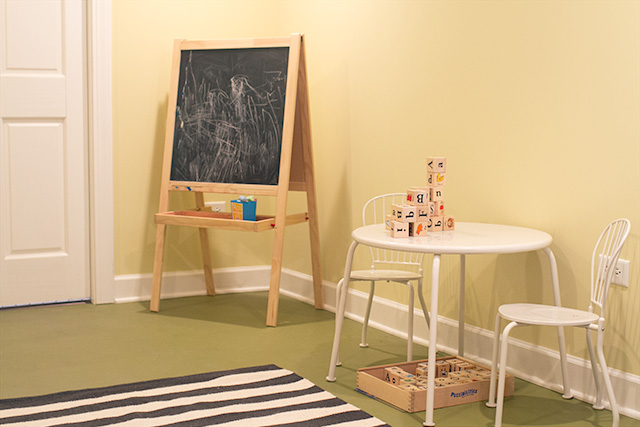 p.s. Our house is for sale today. All official-like with an MLS listing and everything.

Getting Things Done, So We Can Begin 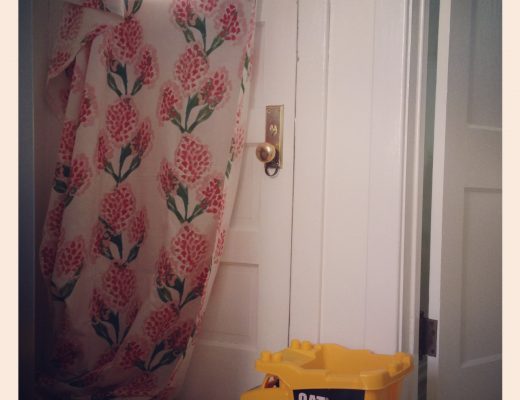